Minnesota First-Party Coverages: Recovering Consequential Damages in Addition to the Policy Benefits when the Insurer Declines or Unreasonably Delays Payment. 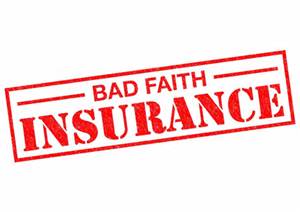 By Greg Johnson, Esq. Sometimes an unpublished appellate decision has some important rulings. In Swanny of Hugo, Inc. v. Integrity Mutual Ins. Co., 2015 WL 9437571 (Minn. Ct. App. 2015), the Minnesota Court of Appeals addressed the issue of whether an insured can recover consequential damages in addition to first-party insurance benefits when an insurer unreasonably delays payment of policy benefits. The Minnesota appellate court, in a decision released on December 28, 2015 held that an insured can recover consequential damages if the policy benefits are not “effectively or genuinely in dispute,” the damages are caused by the insurer’s conduct and were either a natural result of the breach or reasonably foreseeable when the policy was purchased. Most significantly, the court held that an insured need not prove the insurer engaged in willful, wanton, or malicious conduct to recover consequential damages from a first-party insurer.

The General Prohibition on Consequential Damages & the Olson Exception

However, the Minnesota Supreme Court recognized an exception to the general rule in Olson v. Rugloski, 277 N.W.2d 385, 387 (Minn. 1979). In Olson, the insured sought to recover lost profits after its insurer failed to pay actual damages the insured’s trucks sustained in a fire. Id. at 387. The parties disagreed about the maximum recovery per truck under the policy, but both parties agreed that the insured was entitled to a minimum payment of $5,000 per truck. Id. at 388. The insurer nevertheless refused to pay any benefits, which caused the insured to sustain lost profits while the trucks were not in service. Id. In awarding consequential damages to the insured, the court stated the following rule: “[w]hen the insurer refuses to pay or unreasonably delays payment of an undisputed amount, it breaches the contract and is liable for the loss that naturally and proximately flows from the breach.” Id. at 387–88.

Some insurance industry commentators have suggested that Olson limits consequential damages based on the breach of an insurance contract to a “bad-faith” breach and that bad faith requires a “willful, wanton, and malicious” refusal to make payment. However, in Swanny, the court found this interpretation of Olson too restrictive. 2015 WL 9437571 at * 2. While the unreasonable refusal to pay the undisputed minimum amounts in Olson constituted willful, wanton, and malicious conduct, nothing in the Olson opinion suggests that an insured must prove the insurer engaged in willful, wanton, and malicious misconduct to recover consequential damages. Id. Rather, for an insured to recover damages in excess of the policy limit, as in Olson, “it must prove the insurer unreasonably delayed payment of an undisputed amount of benefits and that its [consequential damages] were a natural and proximate consequence of [the insurer’s] breach of the … policy.” Mattson Ridge, LLC v. Clear Rock Title, LLP, 824 N.W.2d 622, 630 (Minn. 2012).

In Swanny, Carpenter’s Steak House in Hugo, Minnesota, was destroyed by fire in early January 2010. Integrity Mutual insured the restaurant. The policy covered various losses including the structure, business personal property and computers. It also provided limitless coverage for loss of business income (BI) over a 12–month restoration period.

Integrity immediately noted that the building was a total loss and advised the insured it would be covered by the policy’s BI-loss provisions. The insured submitted a proof-of-loss statement on January 28, 2010 for the restaurant structure and a $164,772 BI claim prepared by a public adjustor. Integrity’s investigation into possible arson and fraud lasted more than 100 days. During this period, the insured attempted unsuccessfully to open another restaurant. Although the insured successfully negotiated a lease, it lacked the funds to complete the deal. Integrity eventually paid policy-limit payments for damages to the restaurant structure, business personal property and computers, but paid nothing for BI loss after its accountant finished a report in December 2010 concluding the insured had no BI loss.

Integrity first claimed that Olson limited consequential damages to a bad-faith refusal to pay and bad faith in the context of an insurance contract required a “willful, wanton, and malicious” refusal to make payment. As noted above, the Court of Appeals rejected this argument.

Integrity next claimed that Olson required proof that the insurer conditioned payment on an unreasonable demand before becoming eligible for consequential damages. While Olson involved an unreasonable demand – i.e., insisting on a release in exchange for payment of the undisputed minimum amounts due under the policy. — the Swanny court held that Olson did not require proof of the same. Further, Integrity cited no case interpreting Olson in this narrow fashion, and the court was aware of none.

Integrity next argued that Olson does not allow consequential damages where the claims under the policy were disputed. Integrity argued that consequential damages may be recovered only “[w]hen the insurer refuses to pay or unreasonably delays payment of an undisputed amount.” Id. at * 3 (quoting Olson, 277 N.W.2d at 387-88)). While noting this argument presented a “close issue,” the Court of Appeals upheld the jury’s award because the evidence suggested the benefit amounts were not “effectively or genuinely” in dispute for a significant length of time. The court stated:

Immediately after the fire, Integrity claims adjustor Bodenheimer informed [the insured] that the building was a total loss and that [the insured] would be covered under the BI provision of the policy. After [the insured] submitted a proof-of-loss statement to Integrity in January 2010, it took six weeks for Integrity even to acknowledge it received the statement. Although Integrity announced that it would withhold payments until after it completed its investigation, the jury heard from [the insured’s] expert that no fraud indicators were ever present and that it was “very clear” as early as mid-January 2010 that the coverage would reach the policy limits. There was sufficient evidence from which the jury could find that the coverage amounts were not effectively or genuinely in dispute for a significant majority of the payment-delay period.

The courts in Olson and Swanny did not specifically address the legal standard by which to measure a first-party insurer’s conduct – i.e., when are first-party benefits “not in dispute” (Olson) or not “effectively or genuinely” in dispute (Swanny)? The legal standard under Olson and Swanny may be similar, if not identical, to the “fairly debatable” standard applied to claims under Minn. Stat. § 604.18, the first-party bad faith statute. See Friedberg v. Chubb & Son, Inc., 800 F.Supp.2d 1020, 1025 n. 1 (D.Minn.2011) (citing Wynia v. Metropolitan Life Ins. Co., Inc., 2010 WL 2816264 *9 (E.D. Wash. 2010) (noting the majority of jurisdictions apply the “fairly debatable” standard)). Whether there is a knowledge requirement similar to the bad faith statute — i.e., the insurer knew there was no dispute that benefits were payable or recklessly disregarded the same and whether such knowledge, if required, would be based on an objective or subjective standard, appear to be open issues. While the Swanny court held that an insured need not prove the insurer acted with a willful, wanton or malicious intent, courts may require an insured to prove some level of knowledge or culpability to recover consequential damages.

Under Olson, the insured must also show the consequential damages were caused by the insurer’s conduct and were either a natural result of the insurer’s conduct or reasonably foreseeable when the policy was purchased. See Mattson Ridge, LLC v. Clear Rock Title, LLP, 824 N.W.2d 622, 630 (Minn. 2012) (“[f]or an insured to recover in excess of the policy limit, as in Olson, it must prove the insurer unreasonably delayed payment of an undisputed amount of benefits and that its [consequential damages] were a natural and proximate consequence of [the insurer’s] breach of the … policy”); Elder v. Allstate Ins. Co., 341 F. Supp. 2d 1095, 1106 (D. Minn. 2004) (consequential damages were not recoverable because there were “no facts upon which a reasonable jury could conclude either that such damages arose naturally from the breach, or that such damages were contemplated by Swanson or Allstate when the Policy was issued”). Whether damages were reasonably foreseeable at the time the insurance policy was purchased is generally a question of fact for the jury. Lassen v. First Bank Eden Prairie, 514 N.W.2d 831, 838 (Minn.Ct.App.1994).

The Minnesota Court of Appeals also addressed the foreseeability requirement in Swanny. There, Integrity argued that consequential damages could not be awarded because the damages were not foreseeable when the insurance policy was purchased. After noting that Minnesota had adopted the foreseeability rule of Hadley v. Baxendale, 9 Exch. 341, 156 Eng. Rep. 145 (1854) in Paine v. Sherwood, 21 Minn. 225, 232 (1875), the appellate court held the jury was properly instructed and there was enough evidence of foreseeability to sustain the jury’s verdict for the insured. The court stated:

Michael Anderson testified that when the policy began he believed that the BI coverage would protect the flow of the business following a catastrophic event. Insurance expert Elliott Flood opined that an insurance company would have known that failure to make timely payments could prevent a business from reopening. Integrity’s assertion that it lacked prior knowledge of [the insureds] specific financial vulnerability is also unavailing because the jury can hold a defendant liable for damages that a reasonable person ought to have foreseen as likely to result from a breach. Franklin Mfg. Co. v. Union Pac. R.R. Co., 311 Minn. 296, 298, 248 N.W.2d 324, 325 (1976). We are satisfied that the damages awarded here arise naturally from the breach or can “reasonably be supposed to have been contemplated by the parties when making the contract.” Lassen, 514 N.W.2d at 838.

The insured in Swanny also asserted a statutory bad-faith claim under Minn. Stat. § 604.18 relative to Integrity’s denial of the BI claim. To prevail on a statutory bad-faith claim, an insured must prove two elements: (1) the insurer lacked a reasonable basis to deny benefits; and (2) either the insurer knew about the lack of a reasonable basis or recklessly disregarded the lack of reasonable basis in denying benefits. Id. While a claim under the bad faith statute and a claim under Olson and Swanny both allow an insured to recover amounts in excess of the policy limits, the primary difference is that the statute focuses on the amount of policy “proceeds” (i.e., policy benefits) awarded to the insured. The statute allows the court to later add to the judgment the lesser of “one-half of the proceeds awarded that are in excess of an amount offered by the insurer at least ten days before the trial begins or $250,000” (as well as reasonable attorney’s fees) if the insurer violates the statute. By contrast, under Olson and Swanny, the insured is entitled to recover different, consequential damages that result from the insurer’s failure to pay insurance policy benefits.

In Swanny, after noting that a majority of states with similar bad-faith statutes had adopted the “fairly debatable” standard for evaluating an insurer’s denial of benefits. (see Friedberg v. Chubb & Son, Inc., 800 F.Supp.2d 1020, 1025 n. 1 (D.Minn.2011)), the district court determined the BI claim was “fairly debatable” based on the different opinions reached by the parties’ experts as to how the BI provision functioned, the different opinions as to what sales data should be used to calculate BI loss, and the conflicting results in the calculation of the BI loss. The district court also found that Integrity had a reasonable basis to deny the BI loss claim because its understanding of the policy language differed from the insured’s and because its expert indicated the insured was not entitled to BI payments. Thus, the insured could not recover under the statute. On appeal, the Court of Appeals affirmed, concluding there was sufficient evidence in the record supporting the district court’s findings and the district court did not clearly err by denying the bad-faith claim.

This blog is for informational purposes only. By reading it, no attorney-client relationship is formed. The law is constantly changing and if you want legal advice, please consult an attorney. Gregory J. Johnson ©All rights reserved 2016.