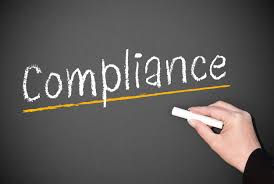 A Minnesota federal district court recently addressed many of these issues in Hutar v. Capitol One Financial Corp., 2015 WL 4868886 (D. Minn. July 27, 2015), a case I handled for the dealership. (The decision was a Report and Recommendation of Magistrate Judge Jeffrey J. Keyes, which was later affirmed by order of Chief Judge Michael J. Davis).

In November 2014, Hutar agreed to buy a new vehicle and asked the dealership to arrange financing. She provided basic credit information to the dealership (e.g., her name, address, employment, income and social security number) which the dealership transmitted to nine financial institutions through the DealerTrack on-line system. (A decade or so ago, credit applications would be transmitted to each financial institution separately via fax, a cumbersome and lengthy process. Today, most dealerships subscribe to automated on-line systems where the application can be sent to several lenders simultaneously. See, Consumer Financial & Protection Bureau, Bulletin 2013-02: Indirect Auto Lending and Compliance with the Equal Credit Opportunity Act, at p. 1 (March 21, 2013) (noting that in “indirect auto financing, the dealer usually collects basic information regarding the applicant and uses an automated system to forward that information to several prospective indirect auto lenders”)).

Upon receiving Hutar’s credit application, each financial institution obtained a copy of Hutar’s credit report. (This is a routine practice. Financial institutions will review the credit application information and typically access and review the customer’s consumer credit report to decide whether to extend credit to the customer for the purchase of the vehicle. See, Stergiopoulos and Castro v. First Midwest Bancorp, Inc., 427 F.3d 1043, 1044 (7th Cir.2005) (“[d]ealers routinely attempt to assign tentative financing arrangements to lenders, and those lenders often rely on a consumer’s credit report to determine whether the deal is worth taking”); Federal Trade Commission, Understanding Vehicle Financing (the “potential assignees evaluate [the customer’s] credit application using automated techniques like credit scoring, where factors like [the customers’] credit history, length of employment, income, and expenses may be weighted and scored”)).

Americredit agreed to extend financing to Hutar for the purchase of the vehicle. Hutar signed a retail installment sales contract which was assigned to Americredit and drove away in her new vehicle.

Hutar further alleged that if the seven financial institutions did not know of her “specific instructions,” the dealership acted as their “agent” and the dealership’s knowledge could be imputed to them.

After the lawsuit was filed, the seven financial institutions tendered the defense of the lawsuit to the dealership pursuant to the defense provisions of the Lender-Dealer agreements between them. They further claimed that if they were found liable for damages to Hutar under the FCRA or for invasion of privacy, the dealership would be required to reimburse them for any sums they were required to pay Hutar pursuant to the indemnity provisions of the Lender-Dealer agreements.

In ruling on the motion to dismiss, the federal district court was required to accept Hutar’s factual allegations as true. Accordingly, the court was required to assume that Hutar had instructed the dealership to seek financing through only Americredit and Ally Financial and not any of the seven financial institutions who were named as defendants in the lawsuit.

In her pleadings, Hutar had alleged that “she never specifically authorized the lenders to obtain her credit report,” Hutar, at *4, and therefore the financial institutions lacked a “permissible purpose” to access her credit report.  The federal district court rejected this argument.

Whether a permissible purpose exists in a dealer-arranged financing transaction does not depend on the consumer’s consent or intent.  The plain language of the FCRA focuses on the intent of the party obtaining the consumer report – i.e., the financial institution – not the consumer. See 15 USC § 1681b(a)(3)(A) (lender has permissible purpose if it “intends to use the information in connection with a credit transaction involving the consumer on whom it is furnished”). Accordingly, several courts have held a financial institution will have a permissible purpose to obtain a credit report when it receives a credit application from a dealership unless the financial institution knew, or had reason to know, the dealership submitted the application in violation of the consumer’s instructions. See Stergiopoulos and Castro v. First Midwest Bancorp, Inc., 427 F.3d 1043, 1047 (7th Cir.2005) (rejecting argument that financial institution violated FCRA “by requesting consumers’ credit reports without the consumers’ knowledge or explicit consent”); Wells v. Craig & Landreth Cars, Inc., 474 F. App’x 445, 447 (6th Cir.2012) (FCRA claim dismissed against financial institution despite consumer’s contention that credit application was submitted by dealership without consumer’s permission); Kertesz v. TD Auto Fin. LLC, 2014 WL 1238549 (N.D. Ohio Mar. 25, 2014) (granting summary judgment dismissing lender); Shepherd–Salgado v. Tyndall Fed. Credit Union, 2011 WL 5401993 (S.D.Ala. Nov.7, 2011) (granting lender’s motion to dismiss lawsuit); Enoch v. Dahle/Meyer Imports, LLC, 2009 WL 499544 (D. Utah Feb. 27, 2009) (“Enoch II”) (granting lender’s motion for summary judgment); Enoch v. Dahle/Meyer Imports, LLC, 2007 WL 4106264 (D. Utah Nov. 16, 2007) (“Enoch I”) (granting lender’s motion for summary judgment).

The court in Hutar determined the seven financial institutions had a permissible purpose under FCRA to access Hutar’s credit report because they “had a good faith basis to believe Hutar authorized the credit check, and second, [they] intended to use her credit report in connection with Hutar’s application for financing.” Hutar, at *6. Additionally, there was no allegation, much less evidence, that “any of the [financial institutions] actually knew or had any reason to know that Hutar [had allegedly] told a Wilcox employee that she only wanted Americredit and Ally Financial to view her credit report.” Hutar, at *4.

Minnesota adopted the privacy tort of intrusion upon seclusion in Lake v. Wal–Mart Stores, Inc., 582 N.W.2d 231, 233 (Minn.1998).  The tort requires a plaintiff to prove three elements: (1) an intentional intrusion, physical or otherwise; (2) upon the plaintiff’s solitude or seclusion or private affairs or concerns; (3) which would be highly offensive to a reasonable person. Id.

The federal district court rejected Hutar’s claim because obtaining a credit report is not an “intrusion” where the defendant had a permissible purpose under FCRA to obtain it. “Simply accessing another’s credit report in good faith … does not typically give rise to an intrusion upon seclusion claim.”  Hutar, at *8 (quoting Eaton v. Central Portfolio Control, Inc., 2014 WL 6982807 at *3 (D. Minn. 2014)). See also, Daniel v. Equable Ascent Fin., LLC, 2014 WL 5420058 at *2 (E.D. Mich. Oct. 22, 2014) (dismissing intrusion upon seclusion claim “[b]ecause Defendants’ acquisition of Plaintiff’s credit report was permissible”); Edge v. Professional Claims Bureau, Inc., 64 F.Supp.2d 115, 119 (E.D.N.Y.1999) (“[b]ecause Professional accessed Plaintiff’s address for a permissible purpose under the FCRA, that access cannot be said to have been without ‘authorization’ as required to impose liability under the Computer Fraud Act”).

No Agency Relationship between Dealer and Financial Institutions

The Lender-Dealer Agreements between the dealership and each financial institution uniformly provided the dealership was not the agent of the financial institution when arranging financing or for any other purpose. However, in light of the applicable standard of review governing the motion to dismiss, the federal district court declined to decide the issue based on the language of the Lender-Dealer Agreements. Instead, the court analyzed the issue under the federal common law of agency. Under the federal common law, to prove an agency relationship, there must be “a manifestation by the principal to the agent that the agent may act on his account and consent by the agent to so act.” Hutar, at *7 (quoting Restatement (Second) of Agency § 15 (1958)).  In addition, “[a] principal [must have] the right to control the conduct of the agent with respect to matters entrusted to him.” Id.

In light of its ruling on the liability issues, the federal district court did not need to consider the merits of Hutar’s claimed damages, including her claim that the credit report inquiries made by the financial institutions caused her credit score to be reduced. The credit bureaus combine all the factors in a consumer’s credit history into one numerical score commonly referred to as a FICO score. This ranges from 350 to 800, with the higher score being the best. A credit inquiry means the consumer has applied for some form of credit, prompting a creditor to check his/her credit report.

While a decreased credit score has never been enough by itself to constitute damages (the consumer must prove the decrease in credit score directly caused damage) the so-called “reduced credit score” theory is rarely viable. This is so for two reasons.  First, multiple auto loan inquiries occurring within a relatively short period have no impact on a consumer’s credit score beyond the first inquiry. The FICO credit-scoring model recognizes that many consumers either shop around for auto credit or have dealerships arrange financing and that multiple financial institutions may therefore request the consumer’s credit report. To compensate for this, the older version of the FICO score formula counted all auto loan inquiries with any 14-day period as just one inquiry. “The first inquiry has a minor impact on the credit score, but subsequent inquiries do not,” says Melinda Zabritski, senior director of automotive credit for Experian. “Experian, for example, groups multiple inquires occurring within a two-week period and they have no further effect on a consumer’s credit score.” http://www.edmunds.com/car-loan/seven-things-to-know-about-car-loan-credit-reports.html  In the newest FICO scoring formula, the14-day period was extended to 45-days. The newest version went online at TransUnion, Equifax and Experian in 2004. Because the credit scoring systems count multiple auto loan inquiries as a single inquiry, submitting a customer’s application to multiple lenders does not affect a customer’s credit score.

Second, it would be a rare occurrence where a credit report inquiry, as opposed to other risk factors that make up a FICO score (e.g., payment history, number of open accounts, amount of debt incurred, repossessions, judgments, etc.), directly causes a consumer to suffer actual damages (e.g., be denied credit on a pending transaction or be subjected to an increased APR on an existing credit obligation).  Typically, no more than 10% of a FICO score is determined by a person searching for, or taking out, new credit and a hard inquiry normally subtracts no more than five points from a person’s score and often no points are subtracted.

The federal district court’s ruling in Hutar was not appealed.

This blog is for informational purposes only. By reading it, no attorney-client relationship is formed. The law is constantly changing and if you want legal advice, please consult an attorney. Gregory J. Johnson ©All rights reserved. 2015.